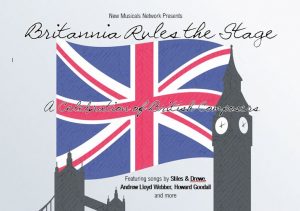 With under a week to go, we would like to remind you about the first Snappy Title Spotlight concert at the Pheasantry, Britannia Rules The Stage.

This is a celebration of the best of British musical theatre old and new, and this time proceeds from the show will be going to The Alzheimer’s Society – a cause which we know is close to many people’s hearts.

Here are just some of the highlights:

Jemima Rooper (Hand to God, One Man Two Guvnors, Blithe Spirit) sings Take It On The Chin from Me and My Girl

The concert is next Sunday – 16th October – at The Pheasantry, King’s Road, Chelsea. You can book online here: https://www.pizzaexpresslive.com/whats-on/britannia-rules-the-stage

It should be a wonderful concert, and we look forward to seeing you there – hope you can make it!